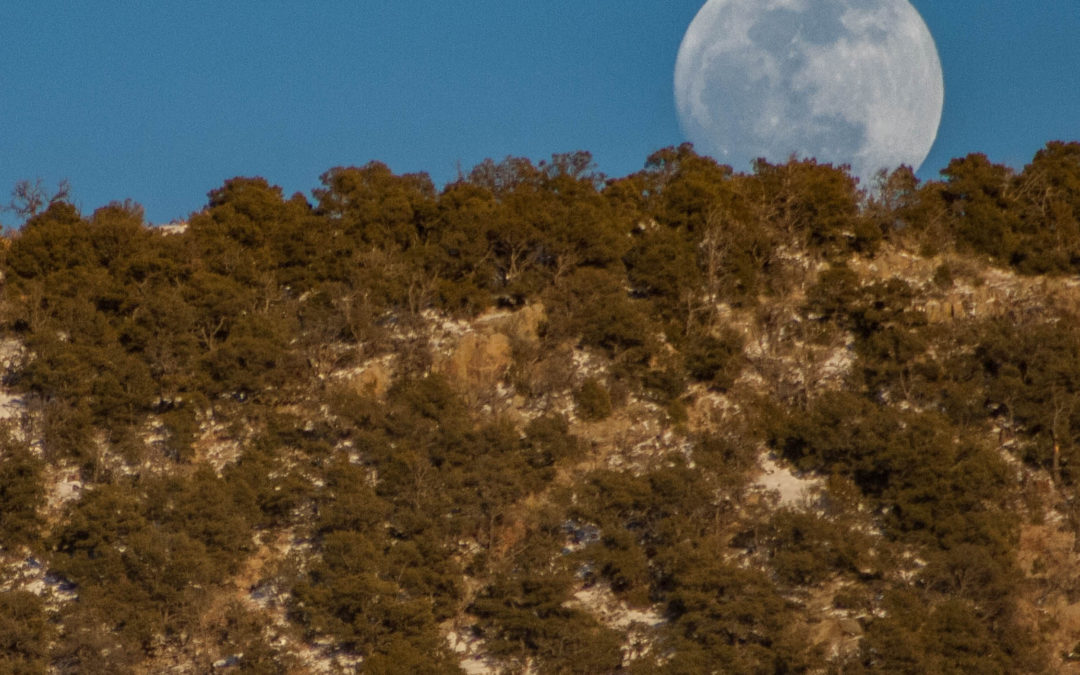 MAY, JUNE, AND JULY NIGHT SKIES

The Eta Aquarid meteor shower peaks before dawn on May 7th. During the peak, this shower produces 30 or more meteors per hour. The constellation Aquarius, where the meteors appear to emanate from, doesn’t rise until after 2am MDT, so early morning viewing is best. The moon sets around 9:45 MDT on the 6th, so dark skies will prevail, weather permitting. The shower produces a smaller number of meteors from mid-April until the end of May, but the pre-dawn hours on May 7th should provide the best display. The meteors are caused by the Earth colliding with orbiting dust left behind by Halley’s Comet.

In late July, a second meteor shower takes place, also emanating from Aquarius. The Delta Aquarids peak on the night of July 28th and the pre-dawn of the 29th, with 20 meteors per hour visible. The shower radiant (the area of the sky where the meteors appear to come from) rises about 11pm MDT and will be visible until dawn. A waning crescent moon rises at 3:30am MDT, but shouldn’t compromise the viewing. This, too, is a long-running meteor shower, beginning in mid-July and running until late August and is due to the Earth’s passing through cometary debris.

The planet Jupiter is at opposition on June 10th. As such, Jupiter will be in a line, with Earth in the middle and the Sun at the opposing end. On that evening, Jupiter will rise in the ESE at the same time the Sun sets in the WNW. Jupiter will be visible all night, seen against the backdrop of the Milky Way in the constellation Ophiuchus, and will be the brightest object in the sky, excepting the Moon and Venus. Due to the slightly elliptical orbits of Jupiter and Earth, Jupiter’s closest approach to Earth, a mere 400 million miles away, will occur two days later.

Given Jupiter’s relative proximity to Earth, this is an optimal time to view the planet’s four largest moons – Io, Europa, Ganymede, and Callisto. These moons were named for lovers of Zeus — the Greek god of the sky and thunder and king of the gods on Mount Olympus. Collectively, these moons are known as the ‘Galilean moons’ in honor of Galileo Galilei, who, in 1610, first observed the moons and realized they orbited Jupiter (incidently, 1610 was the year Santa Fe was founded by Spanish colonists).

These four moons are among the largest objects in our solar system and are easily viewed through a small telescope. Every night, the moons are in different locations relative to Jupiter as they dance around the planet. Sometimes one or more of the moons ‘disappear’ as they pass behind or in front of Jupiter. Other times, they’re paired on opposite sides of the planet or strung out like a string of beads.

Saturn arrives at opposition on July 9th. On that night, Saturn sits at the eastern edge of the Milky Way, in Sagittarius (when looking at the sky, east is on the left). This is an opportune time to view Saturn’s spectacular rings since the planet will be closest to Earth and the rings will be tilted 24 degrees, allowing for almost maximum viewing.

The rings are composed of ice particles. Their age has recently been estimated to be about 100 million years. That sounds like forever, but it means that the rings have only encircled Saturn for the most recent 1% – 2% of the planet’s entire existence. Saturn, its rings, and several of its brightest moons can be viewed in small to medium telescopes.

Here is a summary of night sky events occurring in May through July 2019:

May 7: The Eta Aquarid meteor shower peaks before dawn.

May 18: Full moon occurs at 3:11pm MDT in the constellation Libra. This is considered a ‘seasonal Blue Moon’ because it’s the third of four full moon in one season. Four full moons in one season happen about once every three years, hence the phrase, ‘once in a blue moon.’

June 10: The planet Jupiter is opposite the Sun in the sky.

June 17: Full moon occurs at 2:31am MDT. The Algonquin tribe calls this the Strawberry Moon in recognition of this ripening fruit.

June 21: Summer solstice occurs at 9:54am MDT when the sun reaches the imaginary line called the Tropic of Cancer – the northernmost position in its annual journey above and below the equator. Interestingly, the summer solstice now occurs in the constellation Taurus, so the imaginary line would more accurately be called the Tropic of Taurus today.

June 23: The planet Mercury is at its easternmost distance from the sun, setting an hour and 45 minutes after the Sun, in the WNW. Mercury is just to the left of Mars on the Gemini-Cancer border. Look for the two planets about 45 minutes after sunset.

July 9: The planet Saturn is at opposition, rising in the ESE as the Sun sets in the WNW.

July 16: Full moon at 3:38pm MDT on the border of the constellations Sagittarius and Capricorn, just east of the planet Saturn. My favorite name for this full moon is the Thunder Moon, which seems apropos, given the summer monsoon season.

July 28-29: The Delta Aquarid meteor shower peaks on the night of the 28th and morning of the 29th. Approximately 20 meteors per hour might be seen during the peak.

The return of the summer Milky Way, just before dawn in April. Northeast of Los Cerrillos, NM.