Cinderite is a high-energy soil amendment that can be mixed in with potting soils, germination media, bed preparation, farms, gardens and landscapes. It increases water retention within the soil and adds vital minerals and paramagnetism. It creates a physical improvement and stabilizes unhealthy, nutrient deficient soil. The angular porous pieces of lava hold and exchange nutrients efficiently and attract and redistribute energy back into the soil. Cinderite makes nutrients more available to plant roots and provides aeration and porosity to the soil. 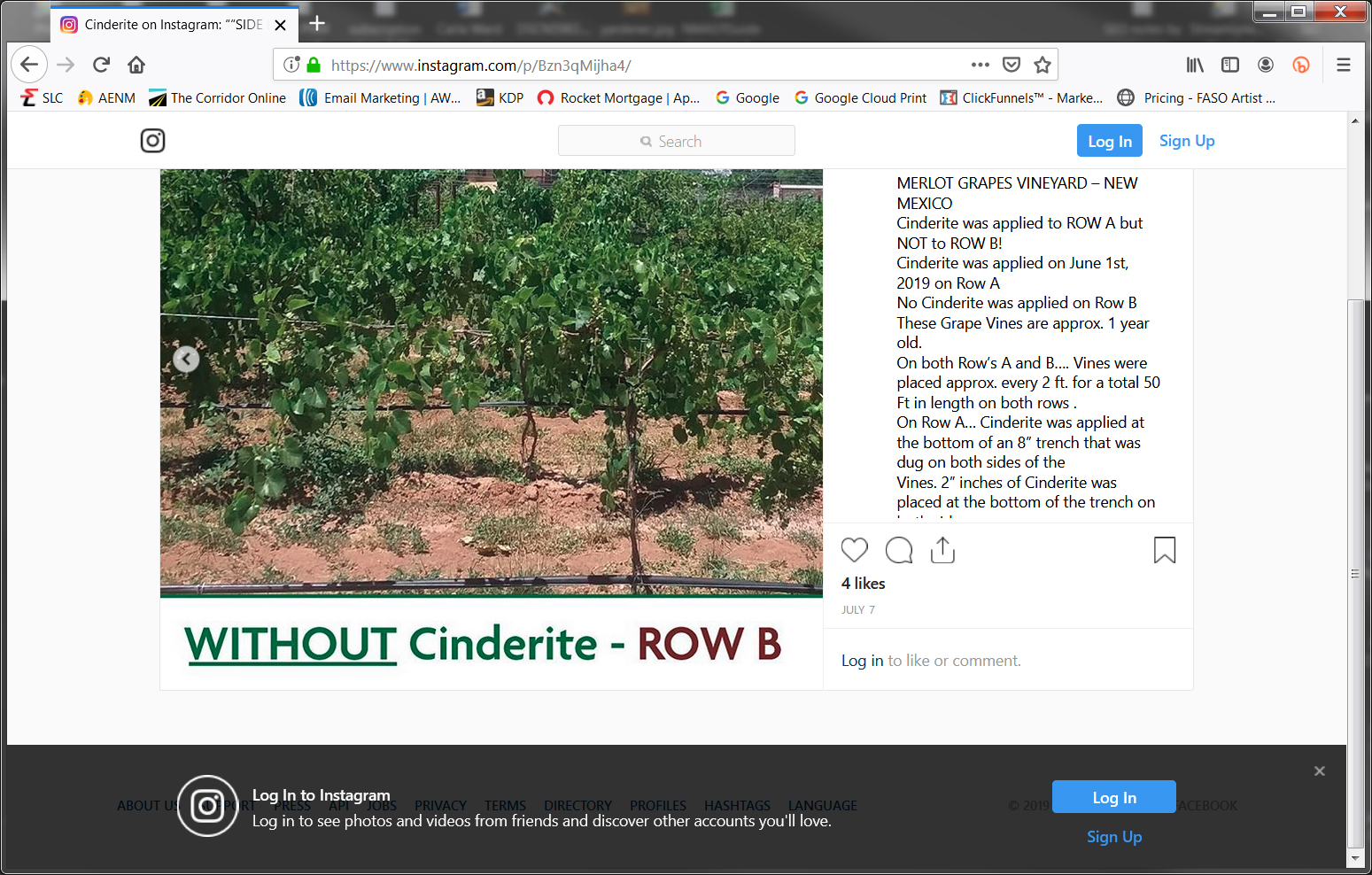 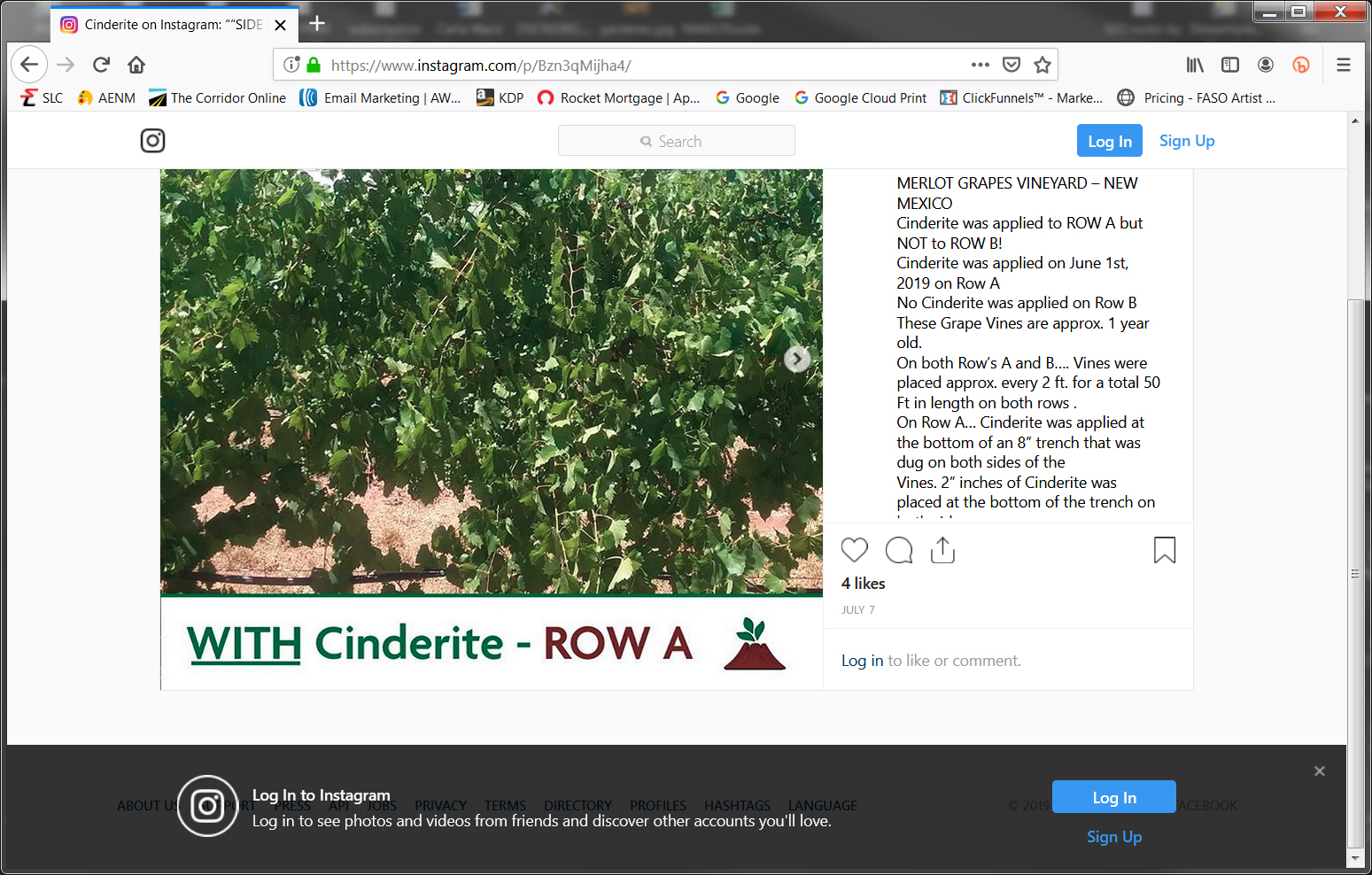 Cinderite was applied to Row A but NOT to Row B.

No Cinderite was applied to Row B.

The simple and irrefutable fact is that if the force, called in the physics handbook paramagnetism, is not in the stone, although certain proportions of the chemicals are, little benefit will occur. This series is about that force, one among many, but the one most often missing from poor soil around the world. Poor soil produces sick plants, and since insects are scavengers, they are attracted to both old and sick plants. They are nature’s recyclers. Crop plants should be young as they are harvested to eat. If they are young and healthy, insect losses are almost nil. If they are young and sick, losses from insects can be devastating.

Definition of paramagnetism: The atoms or molecules of a paramagnetic substance have a net magnetic spin such that the spins are capable of being temporarily aligned in the direction of an applied electromagnetic field when they are placed in that field. This produces an internal magnetic field (magnetic moment). They differ from magnetic substances (such as iron, nickel, & cobalt) where such spins remain aligned even when they are out of the applied field, e.g. are permanent. Magnetic susceptibility is measured, according to the physics handbook, in millionths of a CGS unit (Centimeters Grams Second), 1 × 10-6 CGS, or CGS.

What does this mean for agriculture?

All volcanic soil & rock is paramagnetic, (from 200 to 2,000 CGS). According to Dr. Callahan’s research, a soil magnetic susceptibility readings are as follows:

This force can be added to soil, where it has eroded away, by tilling all-natural paramagnetic rock Cinderite into the soil.

Cinderite is a high energy soil amendment that can be used in potting soils, germination medium, soil beds, gardens, landscaping and industrial agriculture. Because Cinderite is a porous foamed lava, it increases water retention, maintains optimal oxygen levels and helps distribute trace minerals and elements, as well as the paramagnetism. When added as an amendment to unhealthy and unbalanced conditions. Cinderite will stimulate a thriving ecosystem and more easily obtain optimal cation ratios, as well as attract and redistribute the subtle frequencies boosting biological colonies which enable the plant to wisely use nutrients as needed in a thoroughly oxygenated root zone. 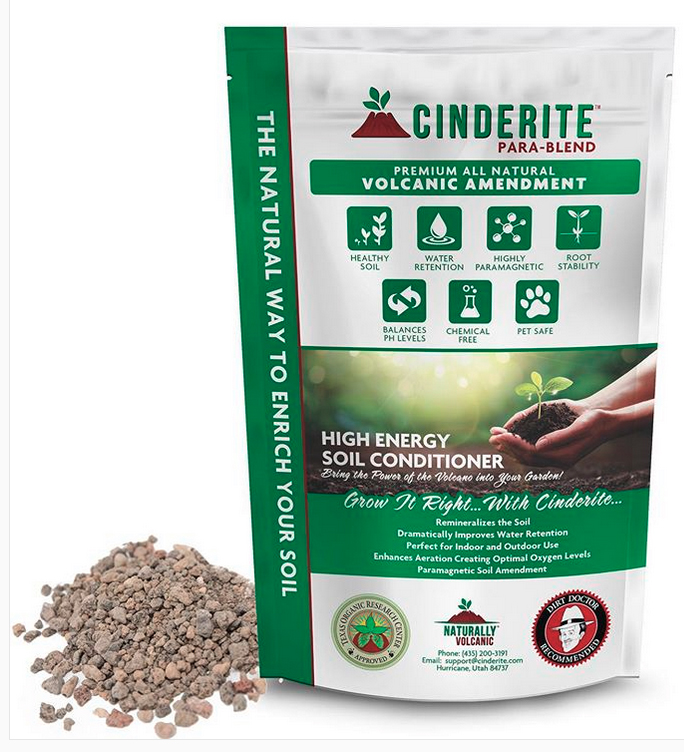 Order online today and Grow it Right with Cinderite ! 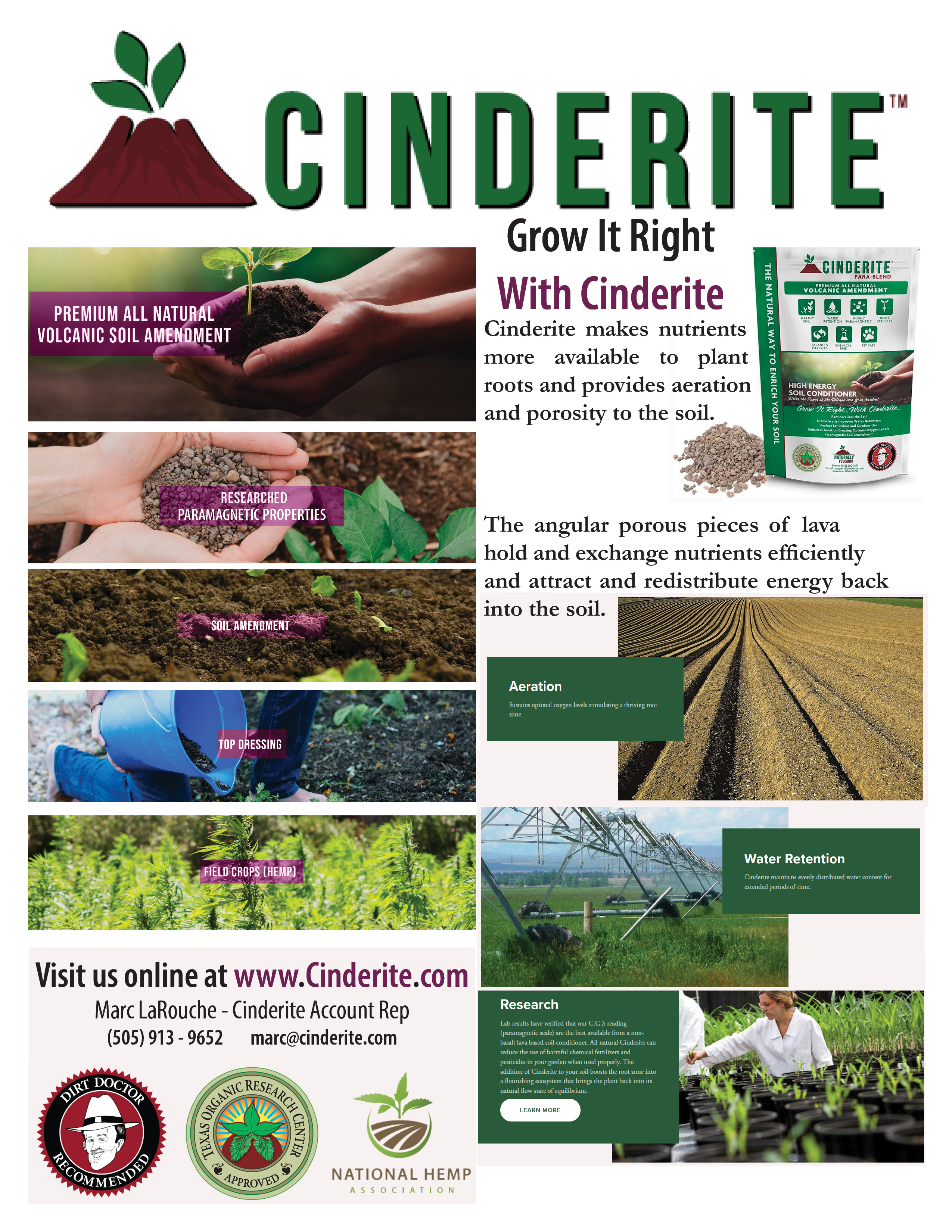