After planning a trip to the Grand Canyon for a week of camping over 2 years ago, we finally were able to get away this June. With campsites reserved and our trip planned, we later learned that we would be visiting during the annual Star Party Week, which this year ran from June 21 through June 29. We visited 3 locations and attended star parties at the South Rim and North Rim of the canyon, as well as DeMotte Campground, located in the National Forest just north of the National Park. It also happened to be the Centennial of the Grand Canyon becoming a National Park, as well as the 50th anniversary of the Apollo 11 moon landing – appropriate as we all looked skyward each night. 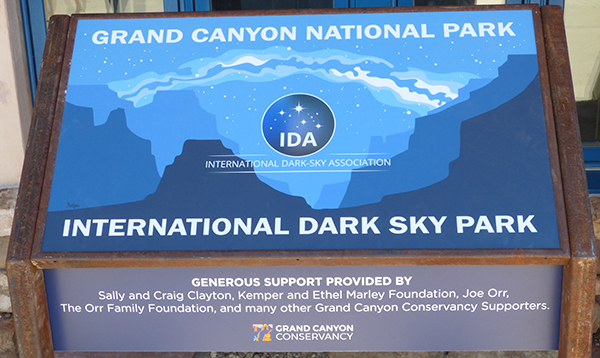 If you have never been to a star party, these events occur all over the U.S. and are usually planned to take place when the moon is not prominent in the sky. This was the case during the week at GCNP. Often sponsored by astronomy clubs, amateur astronomers share their love for exploring the night skies by setting up telescopes and assisting star party guests in viewing all manner of objects in the heavens, from the obvious planets and the moon, to obscure “deep sky” objects, nebulas, globular clusters, even whole galaxies (including our Milky Way galaxy). 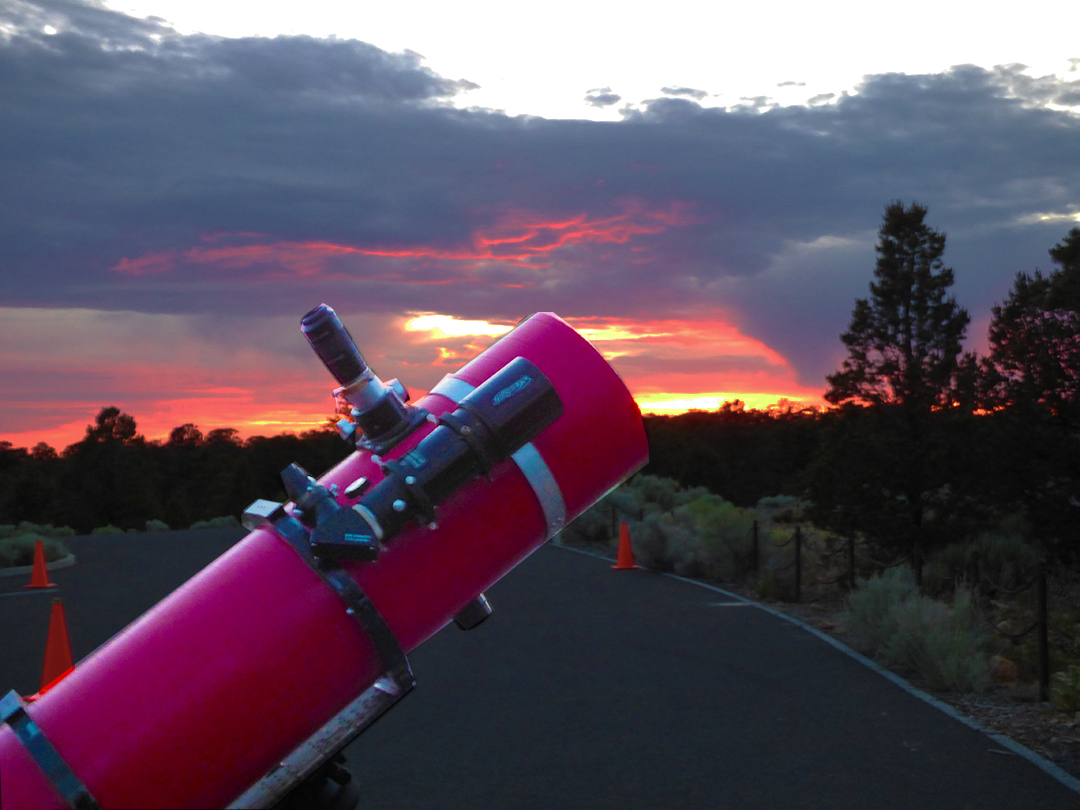 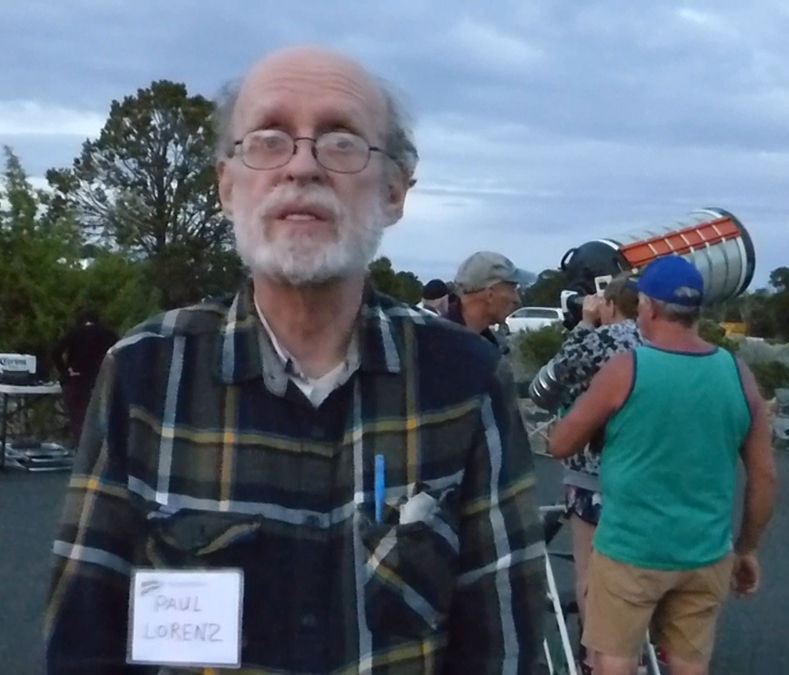 Paul Lorenz – member of the Tucson Amateur Astronomy Association, co-sponsor of the South Rim Star Parties in cooperation with the National Park Service.  The event has been taking place since 1991.  Paul began participating in 1993 and has been with the program since that time.

Interview with Paul Lorenz June 29, 2019 at the star party on the South Rim of the Grand Canyon

Paul Lorenz: “The program has undergone a lot of changes.   The event began at the Yavapai Point Lookout observation point in the park.  For many years the event took place in a parking lot and a small field.  The event moved to its present location, in the bus parking at the new South Rim visitor center in 2011.  The event has grown enormously during the time of its existence.  Cooperation between the Tucson Amateur Astronomy Association and the National Park Service has been outstanding, and it stands to continue for many more years.”

Crowds each night during the week of star parties at the South Rim tend to increase when the night skies are clearer, with estimates in the hundreds of observers during clear nights, of which there were many this year.

Paul Lorenz: “Volunteer telescope providers and members of the star party organizations are very passionate about showing many sky objects, and there is much to see.  Besides the Moon and prominent planets (Jupiter and Saturn were very possible this week).  In fact, the annual Grand Canyon events are usually planned because when the moon is in the sky it washes out all the background sky objects.  Because we have this event in such a remote place as the Grand Canyon, the groups try to emphasize the other things that can be seen in the sky besides the moon and large planets.  So many of these objects require a dark sky.  Most of these things cannot be seen from a city, such as nebulas, galaxies, which are cast systems of stars completely unassociated with our own Milky Way Galaxy.  These galaxies are many light-years distant.  Because these systems are so distant they are faint; they require not only a considerable size telescope but also dark skies.”

“There are also brighter deep-sky objects, such as star clusters and some of the nebulaes.  They usually require a larger telescope, with a mirror diameter of 10 inches or more.  That is why this all-volunteer group of amateur astronomers participates in these events; to educate the public about the deep sky objects in addition to those objects visible to the naked eye, through camera lenses or binoculars.”

“They also emphasize understanding about “light pollution” (the added effect of all nighttime illumination around the globe but especially in and around cities, where half the population of the world resides) and how it affects everyone’s ability to observe sky objects from where they live.   Visitors to one of these remote Star Parties will get the chance to observe and experience how the “unspoiled” night skies should look versus what has happened to our skies as our societies have become more dependent on light in our populated centers around the world.”

Paul Lorenz tells us “Unfortunately, ever since the invention of the light bulb our skies have slowly faded from view. There are very few pristine locations in this country, and the Grand Canyon is one of them.  it is one of the last locations from which you can really see the sky the way our ancestors saw it.”